The City of Punta Gorda was founded in 1884 when on the instructions of Isaac Trabue, surveyor Kelly Harvey began working on the subdivision of Trabue which was filed in Manatee County on February 24, 1885.  With streets and blocks arranged along the southern shores of the Peace River at its mouth on Charlotte Harbor.  Every waterfront block was designated as a park, a legacy that serves the City to this day with a string of public parks connected by Harborwalk, a 2.5 mile long public promenade.  Incorporated on December 7, 1887 after the arrival of the railroad and the construction of the Hotel Punta Gorda, the little city thrived on winter seasonal visitors, agricultural trade, & commercial fishing.

Punta Gorda’s fortunes ebbed and flowed along with the national economy and the Florida Real Estate cycle of boom & bust through World War II when the Punta Gorda airfield was constructed to train aircrews.  After the war in the late 1950’s another boom began with new subdivisions platted with canals connected to Charlotte Harbor in the Punta Gorda Isles and Burnt Store Isles neighborhoods.  These new subdivisions drew retirees from the north attracted by winter sunshine, bountiful recreational fishing, and spectacular boating opportunities.

With a small town feel, waterfront parks,  system of pathways for walking and bicycling, and a collection of independent shops & restaurants, Punta Gorda continues to benefit from the preservation of its rich and unique history. 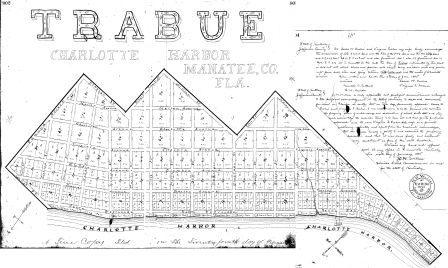