MAY 17, 2018 - NOTICE IS HEREBY GIVEN that the City Council of the City of Punta Gorda, Florida will conduct a public hearing to consider imposing a one-time non-ad valorem special assessment for the procurement of a binding cost estimate from Florida Power & Light (FPL) for the conversion of the electric distribution system from an overhead to an underground system within the boundaries of the Burnt Store Isles Underground Utility Assessment Area for the Fiscal Year beginning October 1, 2018. The PUBLIC HEARING will be held 9:00 A.M., or as soon thereafter as made be heard, on JUNE 6, 2018, in the City of Punta Gorda Council Chambers, 326 West Marion Avenue, Punta Gorda, Florida 33950, for the purpose of receiving public comment on the proposed Burnt Store Isles Underground Utility Assessment Area and the special assessments and their collection on the ad valorem tax bill. All affected property owners have a right to appear at the hearing and to file written objections with the City Council within 20 days of this notice.

Approximately 1,200 homes or properties in Burnt Store Isles are currently serviced by overhead utilities. In November 2014, a survey of Burnt Store Isles Association (BSIA) members revealed that 65% of those responding were in favor of pursuing underground utilities. In December 2014, the BSIA formed a sub-committee of volunteers to study all aspects of converting the overhead wires and other utilities to underground in the community. In January 2015, FPL issued BSIA a ball park estimate cost of $9.3 million. Another survey was conducted in February 2015, which revealed that 76% of those responding were still in favor of pursuing such a project.

In March 2016, BSIA approached the City about conducting a straw poll to ascertain whether the benefitted property owners would pay for the engineering analysis to be performed by at a cost of $75 per property. Results of the straw ballot showed 52% in favor and 48% opposed to the $75 assessment. As a result, City Council approved moving forward with the next step in the conversion process which is to obtain a binding cost estimate from FPL as well as determine other components and costs to be considered such as cable wiring conversion, street lights, project oversight and restoration portions of the project.  The City paid a deposit of $88,520 to FPL on August 9, 2017, which is to be funded through a special assessment to benefited property owners.

Pursuant to Chapter 21A, Punta Gorda Code, City Council began the special assessment process by adopting the Initial Assessment Resolution (Resolution No. 3350-18) on May 2, 2018. The Preliminary Assessment Roll and List of Excluded Parcels were developed and legal notice was published as well as mailed to affected property owners. 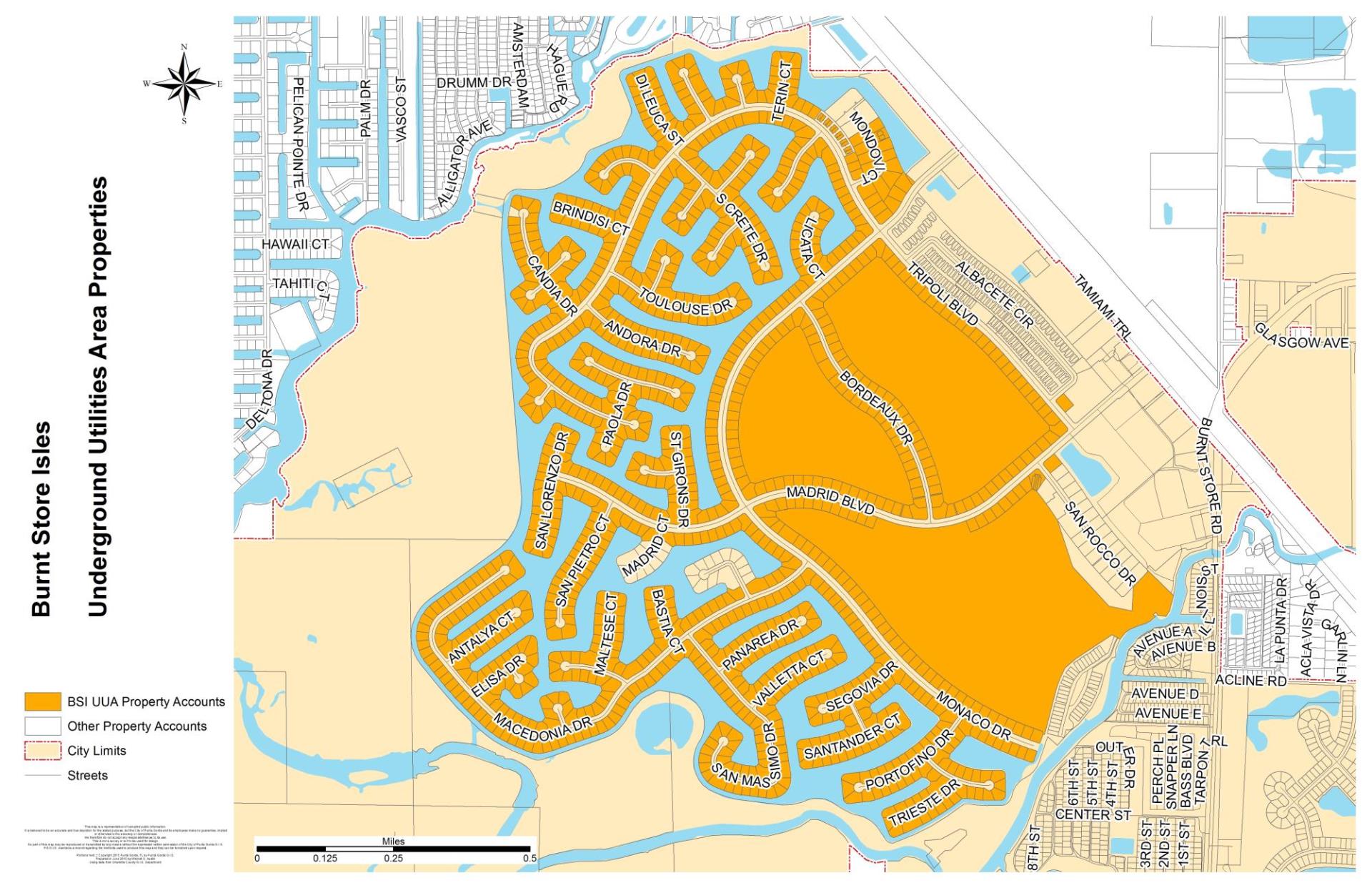